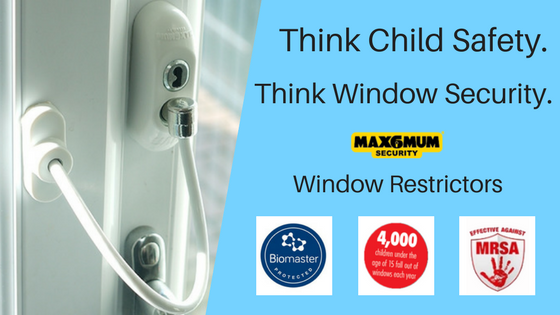 Awareness around window safety is sparse, especially for those with children who it matters most to. Many don’t realise the dangers that surround open windows until it is too late. But here is an alarming fact:

Approximately 4,000 children under the age of 15 fall from windows every year according to The Royal Society for the Prevention of Accidents. 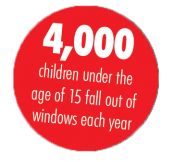 When we think of the reasons we might need window security we think of someone smashing the glass to gain entry, sneaking in through an open gap or even prying the frame open with a crow bar to get in. But these statistics show we need to be as concerned about what might fall out of a window as what might come in.

Window restrictors restrict the chance of falling from a window without restricting the flow of air into a home. How? Once installed, the restrictor stops the window being opened too far – with a maximum gap of 10cm. Not only is the gap too small for anyone to fall out of the window, but it is also too small for anyone to get in through the window – improving both the overall security of a home and safety of those inside.

Restrictors work by being fitted to both the window frame and the leaf of the part of the window that opens; connecting the two parts of the window with a strong steel cable, restricting how far it can open. 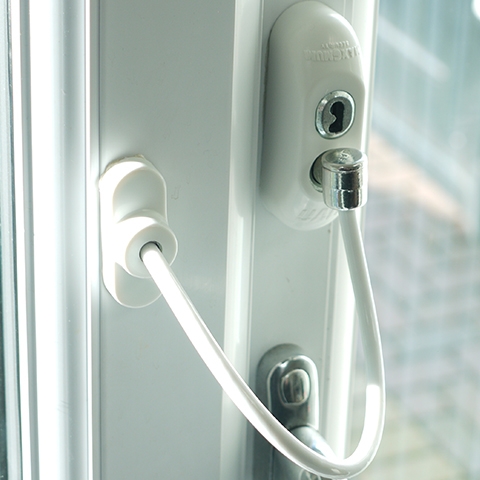 The steel cable is very strong, with testing proving that the restrictors can withstand forces of over 1000N (twice the industry standard) and in some cases well over 2500N (255kg) when the cable is locked into its locking system. This makes the cable more than sturdy enough to hold the weight of a child, and the steel cord is extremely difficult to cut or break either by an intruder or by an inquisitive child.

Plus, if it wasn’t safe enough – the fixed window restrictor is also Biomaster protected! Biomaster protected products have antibacterial properties, meaning harmful bacteria is much harder to spread on these surfaces. A chemical is added to the plastic in the restrictors which helps keep it clean and germ free.

For more information, or to get your MAX6MUM SECURITY Window Restrictors click here.